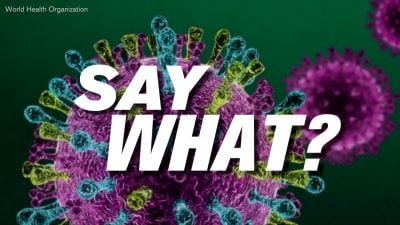 
This is becoming increasingly crazy. The Western media hype is intolerable with its fear-mongering. What is driving this?

Larry
Romanoff is a retired management consultant and businessman. He has held senior executive positions in international consulting firms, and owned an international import-export business. He has been a visiting professor at Shanghai’s Fudan University, presenting case studies in international affairs to senior EMBA classes. Mr. Romanoff lives in Shanghai and is currently writing a series of ten books generally related to China and the West. His writing has been translated into more than 20 languages and is available on more than 100 foreign-language websites around the world.  He can be contacted at: 2186604556@qq.com.