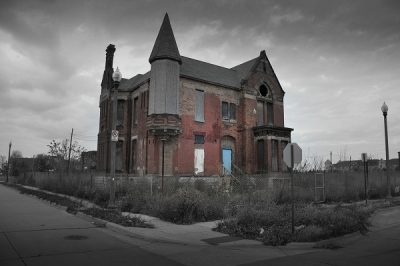 In May of 2014, Frank Bruni wrote an article for the NYT titled ‘America the Shrunken’, in which he detailed what he called “the downward arc of a diminished enterprise” that was the USA, quoting friends who claimed their children would live in a more impoverished America, that the reign was over and the slide was inevitable. The optimism and the arrogant swagger are mostly gone. He quoted Democratic strategist Doug Sosnik who wrote, “At the core of Americans’ anger and alienation is the belief that the American dream is no longer attainable.” (1)
He wrote,

“For the first time in our country’s history, there is more social mobility in Europe than in the United States. More and more I get the sense that we’ve lost it. Everywhere you turn, the evidence mounts. American schoolchildren aren’t anywhere near the head of the international pack, and American adults, according to one recent study, lack the technical skills that peers in many other developed countries have. American bridges crumble. American trains crawl. American flights leave from terminals that pale next to many Asian and European counterparts.”

“Joe Biden acknowledged as much when he compared La Guardia Airport to a third-world country. I’ve been to La Guardia and I’ve been to Guatemala, and if I were Guatemala, I’d sue for defamation.” (2) And again, “the middle class in America, which had long been the world’s most affluent, wasn’t anymore. Canada had overtaken us. My Times colleague Nicholas Kristof wrote about America’s rank on a new “social progress index” that includes 132 countries. We’re 39th in basic education, 34th in access to water and sanitation – access to water and sanitation! – and … just two spots above Slovenia.”
Also in May of 2014, Peter van Buren wrote an article titled An Empire in Decline, City by City, Town by Town, in which he related some of his travels through parts of the US today and compared them to their appearance in their prime – a time not very long ago. He began by writing: (3)

“As America’s new economy starts to look more like the old economy of the Great Depression, the divide between rich and poor, those who have made it and those who never will, seems to grow ever starker. I know. I’ve seen it firsthand, the cumulative effects of years of deindustrialization, declining salaries, absent benefits, and weakened unions, along with a rise in meth and alcohol abuse, a broad-based loss of good jobs, and soaring inequality seemed similar enough to me. The destruction of a way of life in the service of the goals of the 1%, whether in Iraq or at home, was hard to miss. I grew up in the Midwest at a time when the country still prided itself on having something of a conscience, when it was a place still built on hope and a widespread belief that a better future was anybody’s potential birthright. Inequity was always there, and there were always rich people and poor people, but not in the ratios we see now in America. What I found in my travels was place after place being hollowed out as wealth went elsewhere and people came to realize that, odds on, life was likely to get worse, not better. For most people, what passed for hope for the future meant clinging to the same flat-lined life they now had.
Visit Atlantic City in 2014 and it’s again a hollowed-out place. The once swanky mall built on one of the old amusement piers has more stores shuttered than open. Trump Plaza, a monument to excess and hubris, is now a catalog of decay. The pillows in the rooms smell of sweat, the corners of doors are chipped, many areas need a new coat of paint, and most of the bars and restaurants resemble the former Greyhound bus terminal a few blocks away. People covered with the street gravy that marks the homeless wander the casino, itself tawdry and too dimly lit to inspire fun. There were just too many people who were clearly carrying everything they owned in a backpack.”

His visits and commentary extended to many locations he had known earlier, perhaps in his childhood, and all, in their own way, fit the description above. There are still some rich cities in America, and even some glitzy ones, but when we pull back the curtains and survey the entire stage, today we see a preponderance of decay. Detroit, Chicago, many California cities, much of Florida, and so many more with not only neighborhoods but entire counties and larger areas rotting from the inside. The great corporations are gone, the jobs are gone, the wealth is gone; only decaying skeletons remain to remind us of what once was. So much of America today is just junkyards, abandoned homes, lifeless slums, empty lots, rusting carcasses of factories, and homes full of despair.
“California has become a failed state. California’s crisis is by no means unique. That dream is dead. Policies enacted in the second half of the 20th century ultimately undermined it. The tax revolt of the late 1970s dismantled the dream in order to enable a select few to continue enjoying it. Large corporations and the elites chose to restructure state government to cut off everyone else from public services while preserving their own subsidies.” Bill Bryson said in an interview with the UK Telegraph: “America has, during my lifetime, engaged in long campaigns to make everything as ugly as possible. I just find that heartbreaking and disappointing.” (4)
A cover story of Time magazine carried the headline The Broken States of America, in which it said

“Schools, health services, libraries – and the salaries that go with them – are all on the chopping block as states and cities face their worst cash squeeze since the Great Depression.”

A nation that is good at destroying things – with wars overseas and mind-bogglingly self-destructive policies here at home – but that has lost sight of how to build and maintain a flourishing society. We’re dismantling our public school system and, incredibly, attacking our useless system of higher education.” (5)
According to a report by Ken Klippenstein, Detroit today has 60,000 to 70,000 empty buildings, many city blocks with only one or two remaining dilapidated homes that have not been demolished, and city services are almost non-existent. So much of the city is virtually uninhabited that the fire department can no longer afford to bother fighting fires, and bus service or other public services have been discontinued. The city is simply dying, officials begging residents to relocate to a high-density city core in a final bid to survive. It may be too late. It is possible almost anywhere in Detroit today to buy a nice large home for only $1 because the owner of a worthless property wants to escape the high taxes and maintenance or demolishing costs. There are no takers.
American cities are not only crumbling; they are increasingly filing for bankruptcy. Stockton, California was one of the largest bankruptcies in recent history, and today, according to reports, has “piles of garbage in the central streets; barricaded entrances to once-luxurious shopping centers; homeless, drunken beggars; rampant crime; and an unemployment rate of 20 percent.” San Bernardino, also in California, went bankrupt with debts of more than $1 billion, as did Jefferson, Alabama, and of course the latest and largest being Detroit, General Motors’ headquarters. This is the largest municipal bankruptcy ever in the US and, while this city may be the worst example, it is by no means the only similar example. But the bankers won’t lose; they bullied the state and local governments to raid the public and private pension plans of the city’s residents to repay their loans before the bankruptcy.
One American commenting on an article in the Wall Street Journal, wrote the following:

“I’ve said it again and I’ll say it now, the US is in terminal decline. The fact that they have to run trillion dollar deficits with 0% interest rates and QE infinity and can only get 2% growth proves my point. I give the US another 10 years before their giant debt based Ponzi scheme comes crashing down and the United States economically collapses like the Soviet Union and the US might even break up politically. I live here in the US, and I can tell you that there is absolutely no rule of law here, it’s corrupt to the bone. The politicians are bought by interest groups and the Caucasian population is dumb as a doorknob.”

Another commenter on the same article:

“As a Chinese living in America, I’ve seen the US and I can tell you this country has no future; the education system is failing, crime is off the scale, drug use is rampant, adultery is out of control, teen pregnancies are at all time highs. The debt is actually a lot worse than the official numbers say, it’s sometimes double or triple the official figure. The US government fudges its books to appear strong, don’t believe a single number they say, it’s all manipulated. Here in the US, there are two books, one book for the public and one for the officials. Vast majority of the innovation done here is all done by Asians, mostly from China. Nearly all the top universities are filled with Asian students. The white students just aren’t smart enough or hardworking enough to beat the Asians. Anyone thinking this will be the century of America is beyond delusional. It’s a country on the way down and fast. I give it another 10 years before this facade comes to a crashing and painful end. Folks you are witnessing the decline of the United States.”

*
Note to readers: please click the share buttons above or below. Forward this article to your email lists. Crosspost on your blog site, internet forums. etc.