COVID-19: Targeting Italy and South Korea? “The Chain of Transmission of Infection” 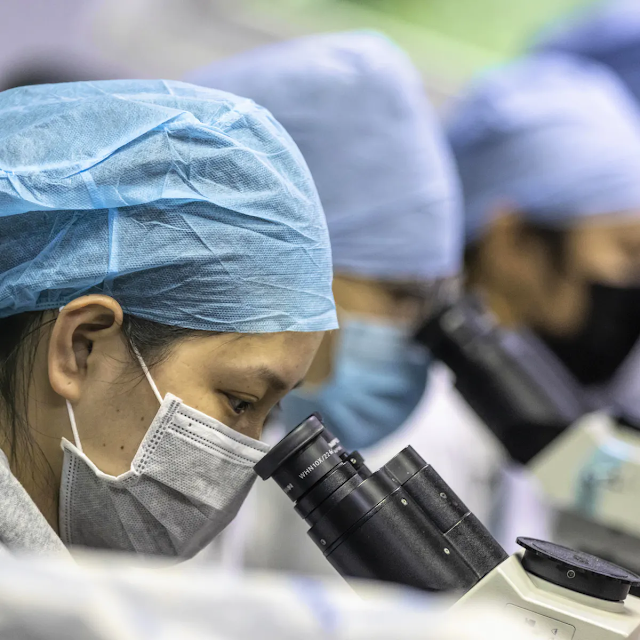 A high-level Italian virologist, Giuseppe Remuzzi, has published papers in the Lancet and other articles in which he states facts not hitherto known. (1)

The doctor stated that Italian physicians now recall having seen:

“a very strange and very severe pneumonia, particularly in old people in December and even November [2019]. This suggests that the virus was circulating, at least in Lombardy, and before we were aware of this outbreak occurring in China.“(2)

Chinese medical authorities have determined the same underlying phenomenon, that the virus had been circulating among the population for perhaps two months before it finally broke out into the open.

Further, according to the Italian National Health Service (ISS):

“It is not possible to reconstruct, for all patients, the chain of transmission of infection. Most cases reported in Italy report an epidemiological link with other cases diagnosed in Lombardy, Emilia Romagna and Veneto, the areas most affected by the epidemic.” [translation from Italian] (3)

The above statement is of crucial importance since it supports in itself the assertion of several simultaneous infection clusters and several ‘patients zero’. There are cases in Lombardy that could not be placed in an infection chain, and this must also be true for other areas. (see below) Given that the virus broke out separately in disparate regions of Italy, we can expect the identification of independent infectious clusters in those regions as well. That would mean Italy was hit by at least several individual ‘seedings’ of the virus.

China’s outbreak of consequence was primarily in the city of Wuhan but with multiple sources in the city and multiple patients zero, with a minor outbreak in Guangdong that was easily contained. China had multiple clusters in Wuhan.  There was no single source, and no patient zero has been identified which is similar to those of Italy.

The mystery of Italy’s “Patient No. 4”

Was the Italian outbreak caused by infections from China? Yes, and no.

Before February 20, 2020, there were only three cases of coronavirus infection in Italy, two tourists from Wuhan, China, confirmed on January 30th, and an Italian man who returned to Rome from Wuhan on February 6th. These were clearly imported cases with Italy experiencing no new infections during the next two weeks.

Then suddenly there appeared new infections that were unrelated to China. On February 19, the Lombardy Health Region issued a statement that a 38-year-old Italian man was diagnosed with the new coronavirus, becoming the fourth confirmed case in Italy. The man had never traveled to China and had no contact with the confirmed Chinese patients.

Immediately after this patient was diagnosed, Italy experienced a major outbreak. In one day, the number of confirmed cases increased to 20 and, after little more than three weeks, Italy had 17,660 confirmed cases.

The Italians were not idle in searching for their patient zero. They renamed the “patient 4” “Italian No. 1”, and attempted to learn how he became infected. The search was apparently fruitless, the article stating that “America’s pandemic of the century has become the subject of suspicion by Italians“.(4)

The mystery of South Korea’s “Patient No. 31”

South Korea’s experience was eerily similar to that of Italy, and also to that of China. The country had experienced 30 imported cases which began on January 20, I believe all of which were traceable to contact with Hubei and/or Wuhan.

But then South Korea discovered a “Patient No. 31”, a 61 year-old South Korean woman diagnosed with the new coronavirus on February 18. This ‘local’ patient had no ties to China, had had no contact with any Chinese, and no contact whatever with any of the infected South Koreans. Her infection was a South Korean source.

Just as with Italy, the outbreak in South Korea exploded rapidly after the discovery of Patient 31. By the next day, February 19 (Italy was February 21, for comparison), there were 58 confirmed cases in South Korea, reaching 1,000 in less than a week. After little more than three weeks, South Korea had 8,086 confirmed cases. It would now seem likely (yet to corroborated) that South Korea and Italy could have been ‘seeded’ at approximately the same time.

Like the Italians, South Korea performed a massive hunt for the source of the infection of their “Korean No. 1”, combing the country for evidence, but without success. They discovered the confirmed cases in South Korea were mainly concentrated in two separate clusters in Daegu and Gyeongsang North Road, most of which – but not all – could be related to “Patient 31”. As with Italy, multiple clusters and multiple simultaneous infections spreading like wildfire – and without the assistance of a seafood market selling bats and pangolins.

Korea is particularly notable in this regard because it was proven likely that MERS resulted from a leak at the American military base at Osan. The official Western narrative for the MERS outbreak in South Korea was that a Korean businessman became infected in the Middle East then returned to his home in Gyeonggi Province and spread the infection. But there was never any documentation or evidence to support that claim, and to my best knowledge it was never verified by the South Korean Government.

Pertinent to this story is that according to the Korean Yonhap News Service, at the onset of the outbreak about 100 South Korean military personnel were suddenly quarantined at the USAF Osan Air Base. The Osan base is home to the JUPITR ATD military biological program that is closely related to the lab at Fort Detrick, MD, both being US military bio-weapons research labs.

There is also a (very secretive) WHO-sponsored International Vaccine Institute nearby, which is (or at least was) managed by US military biological weapons personnel. At the time, and given the quarantine mentioned above, the event sequence accepted as most likely was that of a leak from a JUPITR biowarfare project. (5) (6)

The Korean path is similar with that of Italy. If we look at a map of the virus-stricken areas of Italy, there is a US military base within almost a stone’s throw of all of them. This is of course merely a case of circumstance arousing suspicion, and by no means constitutes proof of anything at all.

However, there is a major point here which cannot be overlooked, namely the fact of simultaneous eruptions of a new virus in three different countries, and in all three cases no clear epidemiology, and an inability to identify either the original source or a patient zero

Multiple experts on biological weapons are in unanimous agreement that eruptions in a human population of a new and unusual pathogen in multiple locations simultaneously, with no clear idea of source and cases with no proven links, is virtually prima facie evidence of a pathogen deliberately released, since natural outbreaks can almost always be resolved to one location and one patient zero. The possibility of a deliberate leak is as strong in Italy and South Korea as in China, all three nations apparently sharing the same suspicions.

Larry Romanoff is a retired management consultant and businessman. He has held senior executive positions in international consulting firms, and owned an international import-export business. He has been a visiting professor at Shanghai’s Fudan University, presenting case studies in international affairs to senior EMBA classes. Mr. Romanoff lives in Shanghai and is currently writing a series of ten books generally related to China and the West.He is a Research Associate of the Centre for Research on Globalization (CRG).He can be contacted at: 2186604556@qq.com

(A) This is an aside, but Italy has experienced a fatality rate nearly twice that of Wuhan, but there may be an external contributing factor. Observations were made that, in most cases especially among the elderly in Italy, ibuprophen was widely used as a painkiller. The Lancet published an article demonstrating that the use of ibuprophen can markedly facilitate the ability of the virus to infect and therefore to increase the risk of serious and fatal infection. (YY)

(B) “The mean age of those who died in Italy was 81 years and more than two-thirds of these patients had . . . underlying health conditions, but it is also worth noting that they had acute respiratory distress syndrome (ARDS) caused by . . . SARS-CoV-2 pneumonia, needed respiratory support, and “would not have died otherwise.”

The original source of this article is Global Research

This article appeared first at