COVID-19 — Further Evidence that the Virus Originated in the US 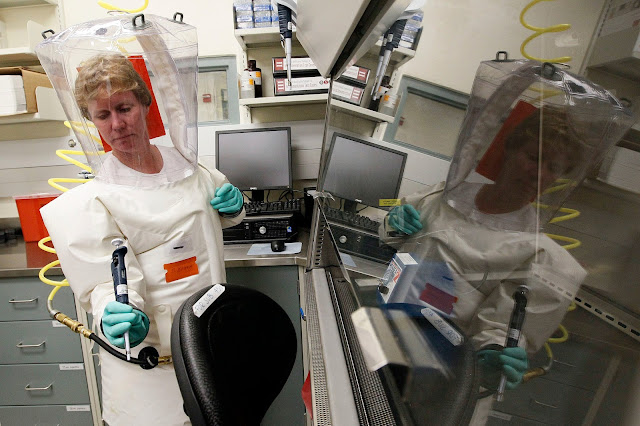 It would be useful to read this prior article for background:

China’s Coronavirus: A Shocking Update. Did The Virus Originate in the US?

As readers will recall from the earlier article (above), Japanese and Taiwanese epidemiologists and pharmacologists have determined that the new coronavirus could have originated in the US since that country is the only one known to have all five types – from which all others must have descended. Wuhan in China has only one of those types, rendering it in analogy as a kind of “branch” which cannot exist by itself but must have grown from a “tree”.

The Taiwanese physician noted that in August of 2019 the US had a flurry of lung pneumonias or similar, which the Americans blamed on ‘vaping’ from e-cigarettes, but which, according to the scientist, the symptoms and conditions could not be explained by e-cigarettes. He said he wrote to the US officials telling them he suspected those deaths were likely due to the coronavirus. He claims his warnings were ignored.

Immediately prior to that, the CDC totally shut down the US Military’s main bio-lab at Fort Detrick, Maryland, due to an absence of safeguards against pathogen leakages, issuing a complete “cease and desist” order to the military. It was immediately after this event that the ‘e-cigarette’ epidemic arose.

We also had the Japanese citizens infected in September of 2019, in Hawaii, people who had never been to China, these infections occurring on US soil long before the outbreak in Wuhan but only shortly after the locking down of Fort Detrick.

Then, on Chinese social media, another article appeared, aware of the above but presenting further details. It stated in part that five “foreign” athletes or other personnel visiting Wuhan for the World Military Games (October 18-27, 2019) were hospitalised in Wuhan for an undetermined infection.

The article explains more clearly that the Wuhan version of the virus could have come only from the US because it is what they call a “branch” which could not have been created first because it would have no ‘seed’. It would have to have been a new variety spun off the original ‘trunk’, and that trunk exists only in the US. (1)

There has been much public speculation that the coronavirus had been deliberately transmitted to China but, according to the Chinese article, a less sinister alternative is possible.

If some members of the US team at the World Military Games (18-27 October) had become infected by the virus from an accidental outbreak at Fort Detrick it is possible that, with a long initial incubation period, their symptoms might have been minor, and those individuals could easily have ‘toured’ the city of Wuhan during their stay, infecting potentially thousands of local residents in various locations, many of whom would later travel to the seafood market from which the virus would spread like wildfire (as it did).

That would account also for the practical impossibility of locating the legendary “patient zero” – which in this case has never been found since there would have been many of them.

Next, Daniel Lucey, an infectious disease expert at Georgetown University in Washington, said in an article in Science magazine that the first human infection has been confirmed as occurring in November 2019, (not in Wuhan), suggesting the virus originated elsewhere and then spread to the seafood markets. “One group put the origin of the outbreak as early as 18 September 2019.” (2) (3)

Wuhan seafood market may not be source of novel virus spreading globally.

“As confirmed cases of a novel virus surge around the world with worrisome speed, all eyes have so far focused on a seafood market in Wuhan, China, as the origin of the outbreak. But a description of the first clinical cases published in The Lancet on Friday challenges that hypothesis.” (4) (5)

The paper, written by a group of Chinese researchers from several institutions, offers details about the first 41 hospitalized patients who had confirmed infections with what has been dubbed 2019 novel coronavirus (2019-nCoV).

In the earliest case, the patient became ill on 1 December 2019 and had no reported link to the seafood market, the authors report. “No epidemiological link was found between the first patient and later cases”, they state. Their data also show that, in total, 13 of the 41 cases had no link to the marketplace. “That’s a big number, 13, with no link”, says Daniel Lucey . . . (6)

Earlier reports from Chinese health authorities and the World Health Organization had said the first patient had onset of symptoms on 8 December 2019 – and those reports simply said “most” cases had links to the seafood market, which was closed on 1 January. (7)

“Lucey says if the new data are accurate, the first human infections must have occurred in November 2019 – if not earlier – because there is an incubation time between infection and symptoms surfacing. If so, the virus possibly spread silently between people in Wuhan – and perhaps elsewhere – before the cluster of cases from the city’s now-infamous Huanan Seafood Wholesale Market was discovered in late December. “The virus came into that marketplace before it came out of that marketplace”, Lucey asserts.

“China must have realized the epidemic did not originate in that Wuhan Huanan seafood market”, Lucey told Science Insider. (8)

Kristian Andersen is an evolutionary biologist at the Scripps Research Institute who has analyzed sequences of 2019-nCoV to try to clarify its origin. He said the scenario was “entirely plausible” of infected persons bringing the virus into the seafood market from somewhere outside. According to the Science article,

“Andersen posted his analysis of 27 available genomes of 2019-nCoV on 25 January on a virology research website. It suggests they had a “most recent common ancestor” – meaning a common source – as early as 1 October 2019.” (9)

It was interesting that Lucey also noted that MERS was originally believed to have come from a patient in Saudi Arabia in June of 2012, but later and more thorough studies traced it back to an earlier hospital outbreak of unexplained pneumonia in Jordan in April of that year. Lucey said that from stored samples from people who died in Jordan, medical authorities confirmed they had been infected with the MERS virus. (10)

This would provide impetus for caution among the public in accepting the “official standard narrative” that the Western media are always so eager to provide – as they did with SARS, MERS, and ZIKA, all of which ‘official narratives’ were later proven to have been wrong.

In this case, the Western media flooded their pages for months about the COVID-19 virus originating in the Wuhan seafood market, caused by people eating bats and wild animals. All of this has been proven wrong.

It would seem the only possibility for origination would be the US because only that country has the “tree trunk” of all the varieties. And it may therefore be true that the original source of the COVID-19 virus was the US military bio-warfare lab at Fort Detrick. This would not be a surprise, given that the CDC completely shut down Fort Detrick, but also because, as I related in an earlier article, between 2005 and 2012 the US had experienced 1,059 events where pathogens had been either stolen or escaped from American bio-labs during the prior ten years.

Mr. Romanoff’s writing has been translated into 32 languages and his articles posted on more than 150 foreign-language news and politics websites in more than 30 countries, as well as more than 100 English language platforms. Larry Romanoff is a retired management consultant and businessman. He has held senior executive positions in international consulting firms, and owned an international import-export business. He has been a visiting professor at Shanghai’s Fudan University, presenting case studies in international affairs to senior EMBA classes. Mr. Romanoff lives in Shanghai and is currently writing a series of ten books generally related to China and the West. He is one of the contributing authors to Cynthia McKinney’s new anthology ‘When China Sneezes’. (Chapt. 2 — Dealing with Demons)

This article appeared first at https://www.globalresearch.ca/covid-19-further-evidence-virus-originated-us/5706078